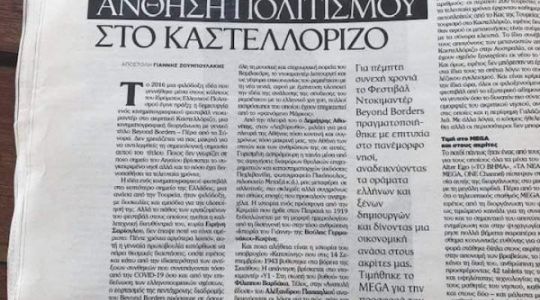 Thank you Υ. Zoumpoulakis and "To Vima" Newspaper, main Media Sponsor of the 5th "Beyond Borders" International Documentary Festival in Castellorizo 2020. 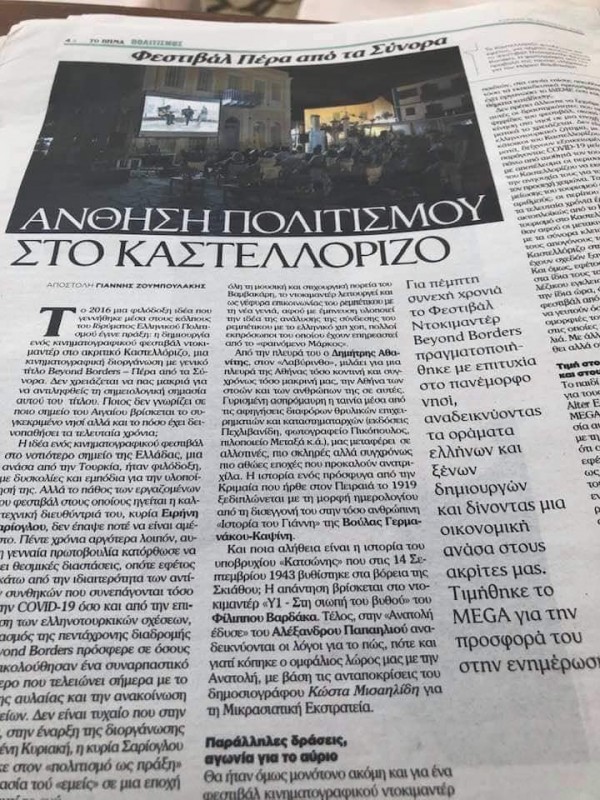 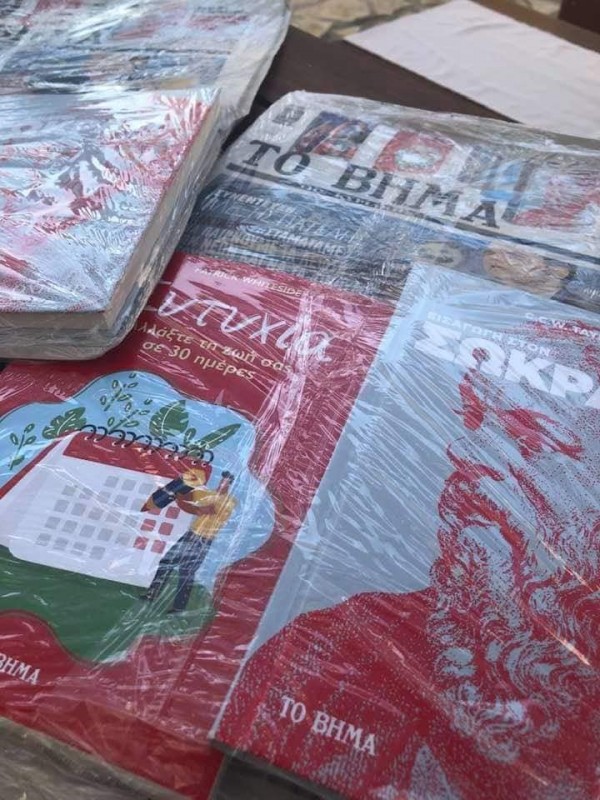 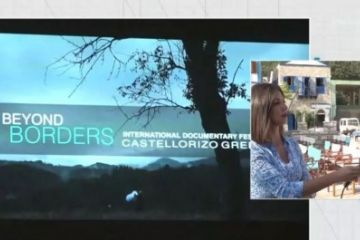 Thank you «in.gr» – Media Sponsor of the 5th «Beyond Borders» International Documentary Festival in Castellorizo.

You can find the link of the article below:https://www.in.gr/2020/08/26/in-tv/mega-sto-kastelorizo-gia-5o-diethnes-festival-ntokimanter/ 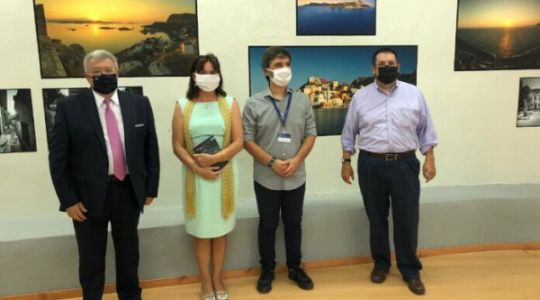 Thank you «hephaestuswien.com» – Media Sponsor of the 5th «Beyond Borders» International Documentary Festival in Castellorizo Island.

You can find the link of the article below:https://hephaestuswien.com/chrysoulakis-castellorizo-vrav-08-20/ 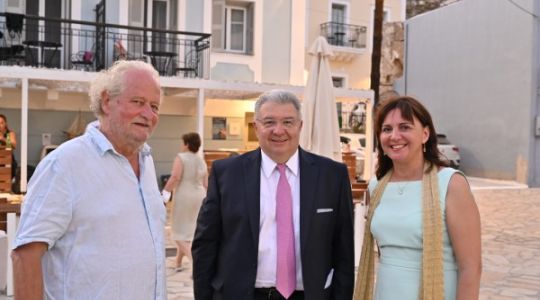 The General Secretary of Public Diplomacy and Greeks Abroad Ioannis Chrysoulakis at the 5th...
26 August 2020

The story of Giannis” is the first of history documentaries of a Greek director from overseas that was screened yesterday at the 5th “Beyond Borders” International Documentary Film Festival of Castellorizo island. It is the story of a Pontian refugee from Crimea who arrived in Piraeus in 1919.

Through the eyes of his great-granddaughter the filmmaker Voula Germanakou-Kapsini, a graduate of the Film Department of the Hamburg School of Fine Arts, follows the journey of John's life like a personal diary.

In an effort to highlight the work of expatriate authors working and excelling abroad, the General Secretariat of Public Diplomacy and Greeks Abroad of the Hellenic Ministry of Foreign Affairs instituted the special "Odysseus” award for an expatriate film director.

In his speech, at the opening ceremony of Beyond Borders Festival, on August 23, Giannis Chrysoulakis, General Secretary of Public Diplomacy and Greeks Abroad Division of the Foreign Ministry stressed that he is representing the Greek Prime Minister Kyriakos Mitsotakis and conveyed his warmest congratulations.Chrysoulakis also mentioned the greetings of the Deputy Minister Costas Vlassis.

He stated that "on this diamond of the Aegean Sea we celebrate the Greek culture, a culture that is universal, addresses the whole earth, combines eternal and always up-to-date elements, speaks the language of all people because it targets our souls like the Greek language after all does. The 5th "Beyond Borders" International Documentary Festival made Castellorizo the place where documentaries meet history and culture and these expatriate creators could not be missed from it.